Apart from some of the obvious points, like what they are made of, and the fact that cabins are often situated out in the middle of nowhere. It can be quite difficult to explain to someone what the main difference between the two.

Here’s where I can help:

So, what’s the difference between a cabin and a house? The main difference, in a nutshell, is that a cabin is designed for one person, and often built by that person. While houses are mass produced and designed for families to live in.

It makes a lot more sense when you explain it like that doesn’t it?

There are few more differences between cabins, houses, and other types of structures however. Here are some more interesting bits of information:

Well, this is why there is often some confusion over what exactly a house is, and what exactly a cabin is. Because either one can be classified as both.

If you look at the dictionary for help, it states that a House is;

A building for human habitation, especially one that consists of a ground floor and one or more upper storeys.

That makes sense because if a house only has one floor it can be called a bungalow or flat. Cabins will often only have one floor, so that’s a distinction. But they can have more than one floor too, so does it then become a house?

If you look up the word, Cabin in the dictionary you’ll see it says;

A small wooden shelter or house in a wild or remote area.

So, the dictionary wording even states a cabin is also a house. Because individuals and families can live in one. But it also adds that they are typically in a wild or remote area.

I think that part is important, because for most of us when we think of a cabin we picture a small wooden structure in front of a picturesque backdrop of mountains or sweeping green forests, right?

So, there you go. I hope that’s cleared it up even more for you. A house in a residential area is a house. But a ‘house’ in the more remote location made from wood is a cabin.

What Other Types of Houses Are There?

While we on the topic we might as well not stop at just cabins, there are other structures or forms of houses that people live in that you might be familiar with. Here are how a few of these differ from traditional houses:

Is a Chalet a House? 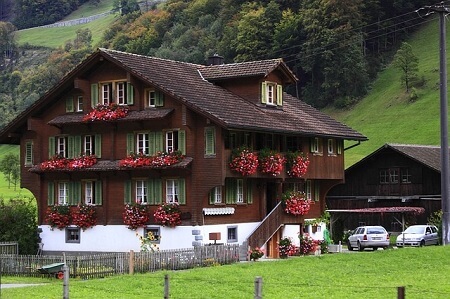 A chalet is also a house. They have some unique features however that separate a chalet from a normal house.

A chalet is typically found in the Alpine region in Europe. I know they are also readily available in France because I’ve stayed in one there myself and a couple of occasions.

What makes a chalet, well, a chalet is that it’s made from wood and has overhanging eaves. Eaves are basically just overhanging roofs if that’s a word that is unfamiliar to you.

This is the main feature that separates a chalet from a cabin. Both are made from wood, both can be found in the wild or in mountainous areas, but the roofs on a chalet a very distinctive.

Is a Manor a House? 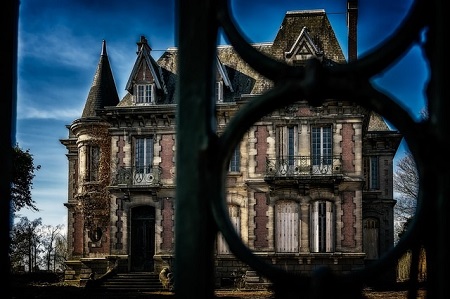 A manor is described as, a large country house with lands. A manor is an English term for large houses that are in the English countryside and surrounded by a decent amount of land.

Historically, in England, it was a unit of land inhabited by someone of lordship. In North America, the word manor is used for an estate or district least to tenants, especially one granted by royal charter in a British colony.

So, yes a manor is a house. Just a large one with plenty of land.

Is a Lodge a House? 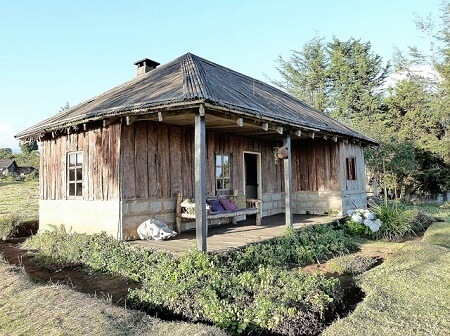 The dictionary has a few different explanations for what exactly a lodge is. In summary, a lodge is a small country house, usually in the grounds of a larger house and often occupied by the gatekeeper or gardener for the grounds.

Again, there’s a little bit of room for interpretation here. I know that I’ve heard people talk about staying in lodges for short holiday breaks, and I see in lodges on TV. Most of which were quite different from one another.

Typically though, I’d have to agree that a large isn’t out in the middle of nowhere. It’s going to be part of larger grounds and belong to the owner of the country house, or the manor as explained above.

Is a Cottage a House? 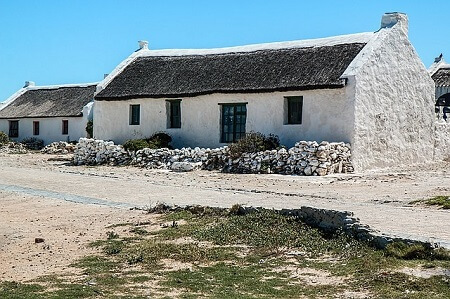 Personally, I love the look and feel of cottages. The dictionary has a couple of definitions for cottages and how they differ from regular houses.

Cottages in most popular across Europe, in the United Kingdom in particular. They are typically white or cream in colour with a dark thatch roof, a chimney, and wooden beams that support the structure are usually visible.

There You Have It, Various Types of Houses and Their Differences

This concludes today’s lesson on the various types of houses and how they differ from one another. As I explained, there are some subtle, and some not so subtle differences between a cabin and a house if that’s the answer you are after.

Don’t feel bad if you use some of these terms interchangeably and see other people doing so. You do now have the knowledge to correct them.

But honestly, for the most part, with just a few minor differences, anywhere you live or stay and have all the basic amenities you need – if you call it home you can call it a house.