There are few things more satisfying when camping in the summer than being able to crack open a cold beer, pull out some fresh meat for the BBQ, and be able to enjoy such pleasures for days on end.

Which is why I’ve put together this head to head looking at two of the best coolers on the market. The Yeti Tundra Cooler vs Coleman Xtreme Cooler.

Although two of the best coolers on the market, they are different in many ways and I think you will side with either one or the other depending on your own needs and preference.

Let’s take a look at some of the important specifics between the two coolers: 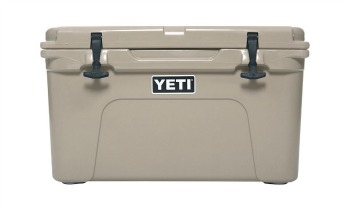 You can find a more in-depth review of the Yeti Tundra here if you’re interested. The main features are: 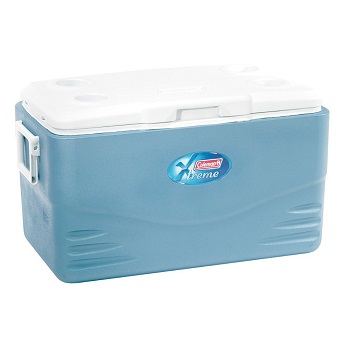 Some of the specifics of the Coleman Xtreme include:

Out of all the metrics of which we can compare coolers the main consideration is how long they can keep ice cold enough to keep your food and drinks cool.

There are lots of different factors to take into account if you’re going to try and do an accurate test. Such as outside temperature, the amount of ice, what food items you have in the cooler, etc.

But for the purpose of a general comparison read on:

How Long Does the Yeti Tundra Cooler Keep Ice?

With all factors considered average you can expect some ice to still be frozen for around 5 days. I’ve seen various tests and the Yeti always seemed to get to day 5 with some ice still holding shape, and the items inside the cooler a nice cool temperature.

How Long Does the Coleman Extreme Cooler Keep Ice?

Coleman themselves say you can expect to keep ice for up to 5 days in 90-degree F temperatures. From everything I have read and seen this seems to be fairly accurate, if not slightly understated.

I’ve spoken to people who have been camping in temperatures lower than 90-degrees F and they say their Coleman is still performing ok on day 7.

Looking at the above I have to give the Coleman the edge when it comes to comparing how effective these coolers are at keeping food and drink cool longer.

So if you’re camping for more than 5 days a time I’d pick the Coleman everytime.

Which Cooler Is the Best Value for Money?

The Coleman Xtreme Cooler is considerably less expensive than the Yeti Tundra. Being similar in quality and performance this makes it a no-brainer as the best option for value for money.

The Yeti is one of the most popular coolers on the market for good reason though. The Yeti name is associated with quality coolers, the Tundra is a great looking cooler and it does have some nice touches and feel like a superior product.

Which Cooler Weighs and Holds the Most?

If you’re going to be the one carrying the cooler that I can’t blame you for using weight and space as major factors when choosing which you want to buy.

The Tundra and Xtreme are slightly different when it comes to weight and space when empty:

Both of these coolers from two of the leaders in outdoors equipment will make excellent additions to your camping gear, and I’m sure will not let you down.

However, if you’re after value for money and just want a cooler that does what it’s supposed to – keep your items cool, then you should pick the Coleman every time.

If budget isn’t an issue that the Yeti offers a higher level of quality and will probably last you a lot longer. It’s a little smaller and lighter than the Coleman, but if 45 quart is enough then you should pick the Yeti.